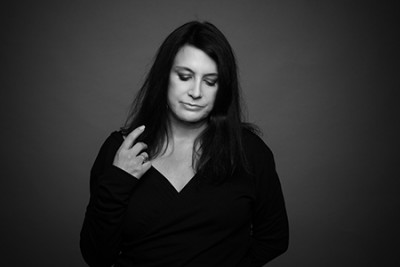 This absorbing release—an album that’s something of a sequel to The Duo Sessions (Nabel Records, 2005)—finds vocalist Laurie Antonioli and pianist Richie Beirach painting one divine musical tableau after another. There are vivid numbers that place Antonioli’s seraphic vocals atop Beirach’s dense and full-flavored chords, spare readings that allow fragility and the human condition to come to the surface, and standards shaped and molded to this pair’s liking. The music is both experiential and experimental, owing to each artist’s adventurous outlook and skill set while building on the long-running musical relationship that exists between these two. After nearly three decades of collaboration, it’s safe to say that Antonioli and Beirach have figured out what’s worth figuring out in advance and what’s worth leaving to chance.

The music that appears here was recorded in three different sessions in two countries over a nine year span: things got started in Germany in 2006, this pair met up again in California in 2012, and additional recording to help finalize the album was done, once again, in The Golden State in 2015. These recording circumstances could’ve been problematic, as Antonioli’s art and Beirach’s pianistic brilliance have grown and evolved over that stretch of time, but they’re not. This album doesn’t come off as a cobbled-together release. Instead, it serves as a testament to the consistency in this musical marriage.

Profound passages, enigmatic encounters, and frank offerings are all here for the taking. Antonioli emotionally exposes herself on pieces like “Haunted Heart,” sails over Beirach’s driving piano work with her wordless vocals on John Coltrane’s “Impressions,” and turns “Over The Rainbow” into a masterful study on multi-hued sentiment. Beirach, likewise, infuses those classics and others with his trademark broad-mindedness. His reharmonization tactics and colorful statements assist Antonioli as she pulls the unique from the familiar. And if this pair can be applauded for what it does to those chestnuts, it deserves even greater praise for its original music. The title track, opening on mysterious and floating vocals aglow against a backdrop of zither-like plucking, is a galaxy unto itself; The “Resolution Suite”—a three-part work that places hushed spoken word statements against impressionistic asides on “Revelation,” creates a calming flow of thought on “Transformation,” and rises heavenward with “Exaltation”—is an improvised epic in miniature that adds bassist Pepe Berns to the mix; and “My Love” and “Inside My Dreams” paint Antonioli and Beirach as a first-rate songwriting team. Few musical unions are as compelling as this one, and Varuna, which is far from your run-of-the-mill singer-and-pianist date, is pure magic. – Dan Bilawsky, All About Jazz